Hailing from Orlando, Florida, Oklahoma Stackhouse is a collective of eight good friends who get together to play music all over the sunshine state and beyond. Formed in 2011 by guitarist Jack Hinz and drummer Nick Muccigross, the group began as a no-frills guitar and drum duo that began playing a handful of local shows. Since 2011, the group has expanded to its current iteration, featuring a full horn section and a vast array of genre bending jams. The bands style is perhaps most commonly dubbed “Southern Tropical Rock,” and combines elements of ska, rock, reggae, blues, jazz, and funk.

To date, Oklahoma Stackhouse has released two full length albums: “Jah Wont Let Me Live at Outback Steakhouse” in 2013, followed by “Bird Dog Blues” in 2015. After a brief recording hiatus while the band focused on live performances, Stackhouse released “The St. Pete Singles” in 2018, comprised of two new singles recorded in St. Petersburg, Florida with Ted Bowne of the renown reggae/alt rock band Passafire. In December of 2020, the band released their very first holiday track, entitled “Bells in my Head (Requiem for a Sleigh Ride)”, and have confirmed that they will be releasing a new full length album in 2021!

The band’s unique style and high energy culminate in recordings and live shows that anyone and everyone can enjoy. So no matter what your ears may crave, Oklahoma Stackhouse invites you to tune in and join them in challenging the musical norm. 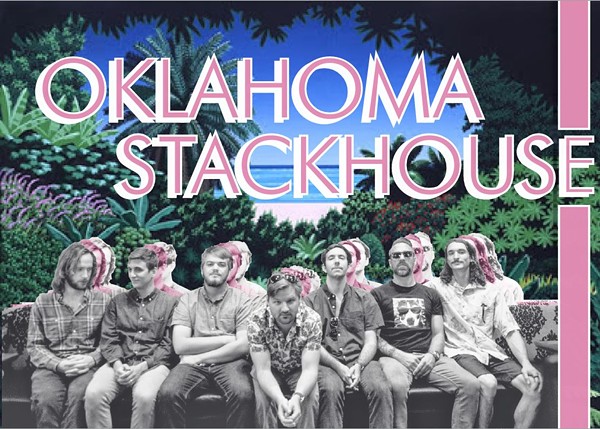