Drummer, Gregg Saxonis, hails from the Boston area and toured with a recording band throughout the Northeast. Self taught, started drumming at the age of 15. Early to mid 80"s in the Boston area, was in a band called "New Frontiers" and later moved to Orlando after forming another band The Wait. Opening for many national acts such as Extreme, Foghat, The Guess Who, The Byrds, 24-7 Spyz, The Untouchables, Eddie Money, The Romantics and others

With an outstanding resume, lead singer, Jann Childers, out of the Midwest, brings a lot to the table. She earned her experience starting back in the 70's singing for and touring throughout the US with an impressive list of star groups such as Joe Cocker, Leon Russell, The Smithereens and so on. She also opened for even more top groups such as Delaney Bramlett, 3 Dog Night, Steppenwolf, Rare Earth, Koko Taylor, The Pretenders and Pat Benetar. Also opening for Keb Mo at Orlando BBQ and for Francine Reed (Lyle Lovitt).

On Keyboards and originally from Orlando, Jim Brooks ("Jimmy Fingers") started playing in local Central Florida bands since the mid 70's then went on the road and toured thoughout the US (and briefly overseas) with bands such as the show groups The VanDells and Clutch, playing his great rhythm style. Since returning to Orlando in 2007, he's been playing around Central Florida in many well known venues such as Wekiva Island, Eustis Bikefest, The House Of Blues and The Whiskey.

Guitarist, Mike Knarreborg has resided in Florida and has been playing locally in the most popular bands in Orlando.

Bass Player, Craig Factor started playing in Orlando back in 1986 and shortly there after was playing in a band called "The Urge" with current bandmate Jann Childers. Craig went on to play with such iconic local bands including "The Kronics" with John Washburn and Jim Melvin of "The Redcoats", "Eddie & The SOB's" opening for such notables as John Anderson of "Credence Clearwater Revisited", and had such notables as John Popper (Blues Traveler) sit in on shows.

Their combined efforts and styles created a great band, performing as a local and as an opening act. The music they write will get anyone up movin' and dancin'! 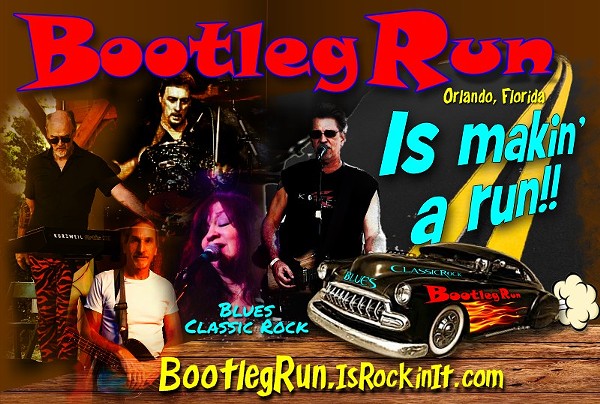