Jordan Foley is a singer-songwriter based in Orlando, FL. His music is best described by Creative Loafing Tampa Bay as “a special brand of Americana for admirers of bands like American Aquarium, Lucero and Ryan Bingham.”

Jordan released his debut album, Give to Get a Day, on all music streaming services in April 2018. Give to Get a Day is a seven-track album that has gained momentum through Jordan’s first two single releases, “See You Letter” (over 2,900 streams), “Clouds” (over 1,500 streams) and the title track "Give to Get a Day" (over 1,100 streams).

In 2019, Jordan formed his own band called Jordan Foley & The Wheelhouse. They hit the road for a tour throughout the major Florida cities, opening for the likes of Jacksonville native Josh Card and Indiana-native Austin Lucas & The Bold Party.  In 2020, they were one of the headlining acts for Sanford Porchfest and also sold out their first show at The Blue Jay Listening Room in Jax Beach.

Jordan has been nominated for Orlando Weekly's Best Singer-songwriter 2017, 2019, and 2020, and Jordan Foley & The Wheelhouse as Best Folk Act 2018-20. Orlando Weekly's Bao Le-Huu describes Jordan as "a sound and voice that’s effectively situated between a little twang and a lot of soul. He doesn’t try too hard because he doesn’t need to. Confident in the pocket and the natural power of his expression, Foley’s probably one of the more finished and articulated young examples to emerge in the local Americana scene lately." On Jordan with the band, Le-Huu says "seeing [his voice] flanked and given full wing by a five-piece ensemble is a splendor. Together, they make for a country-rock outfit that's lush, articulated and muscular." 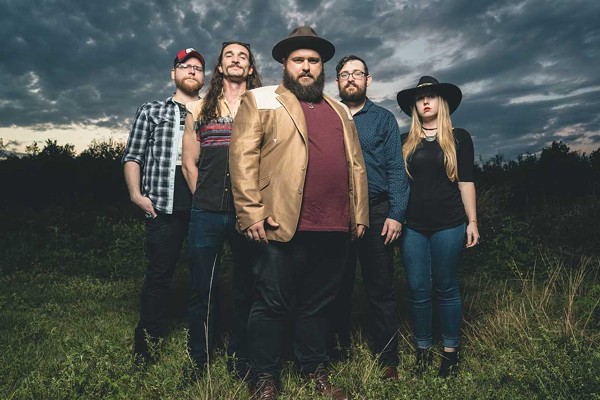