Ron Betts has been performing in and around the central Florida region for over 30 years, under the name 'Big Ron'. Ron plays a variety of genres, with a heavy blues influence and is a previous member of ‘Pitch Blue Jam’ and ‘Funkus’. An award winning musician, (Best Frontman and Best Comical Song by the SSA), Big Ron has shared stages with Duncan Sheik, Screamin Cheetah Wheelies, Les Dudek (Allman Brothers Band), Bob Dylan, Tower of Power, Gato Barberi, 4 Tops, Deep Purple, Ziggy Marley, and Tom Constanten (Grateful Dead).

Pat Coombs has been playing bass in Central Florida since the mid-90's. He has previously played with Sol Season, Running Blind, funkUs, and The Ron and Dave Experience. Pat has collaborated with Big Ron at various venues around town for more than 20 years . Rock, blues and funk are Pat’s happy places, influenced by artists such as Geddy Lee, Pino Paladino, Flea and James Jameson.

Partin Whitaker has been a gigging drummer in Central Florida for the last 15 years. Currently he’s a member of alt-country rock band Prison Wine, as well as the full-improv project Odd Circus. He has played with a wide variety of artists, from Multiple Me’s heavy folk and the psych-rock of Dioecious, to reggae jams with Savi Fernandez. He’s game to play any genre you’ve got, but his default will always be big-ass rock and roll.

Both Pat and Partin currently spend a significant amount of time on stage trying to figure out what song Big Ron is playing next. 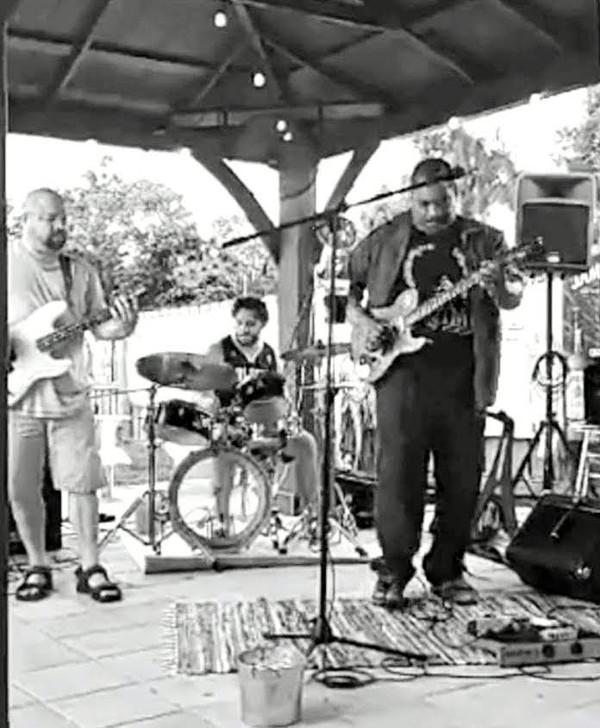